In the Church hall is a statue of our patron, Saint Edward the Confessor.
Click here for a brief biography of St. Edward. 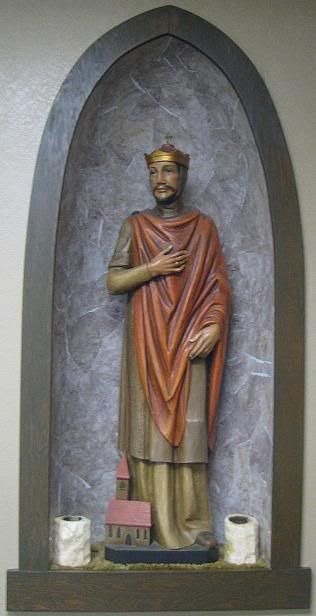 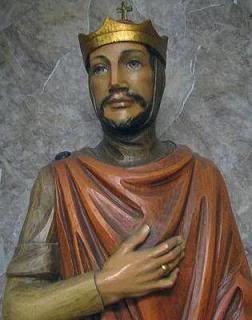 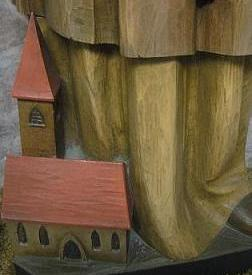 The statue is a wood carving from Italy which arrived in Lebanon in 1979. The church on the pedestal represents the Norman shrine at Westminster, antedating the present Westminster Abbey, which is in Gothic style. The abbey church dedicated to St. Peter was built by St. Edward in fulfillment of a vow. He had pledged fealty to the See of Peter, to the Pope as successor to Peter, first bishop of Rome. The ring recalls the ring given as an alms to a beggar. The beggar appealed at a time when the King had no money in his coin purse, so Edward gave his ring. St. John the Evangelist warned Edward that when the ring would be returned he would have but a short time to prepare to meet our Lord. In the winter or 1065 the ring was returned to King Edward by some pilgrims lately come from the Holy Land. Our Saint died in January of the year 1066.
– St. Edward’s Diamond Jubilee 1905-1980 booklet